Yarmouk University in the Hashemite Kingdom of Jordan, Kuwait College of Science & Technology KCST, and Indian space start-up space tech company, have successfully launched their space mission with KSF Space Foundation from the UK last April 2022 through near zero gravity pressure space balloon which reaches over 89.000 FT above sea level in near space.

For the first time in MENA region, the Yarmouk university in Hashemite Kingdom of Jordan has sent a living Microorganisms (bacterial cells) and their genomic DNA samples to outer space under near zero gravity conditions, in partnership with KSF Space foundation, the research project led by Prof. Hanan I. Malkawi and her team at the Department of Biological Sciences, this project was the first of its kind across MENA region.  Prof. Malkawi and her team are currently studying and analyzing the microbial organisms and their genomic DNA that have been exposed to space, and are getting impressive preliminary results indicating the adaptability of the microbial cells to tolerate the space environment and their ability to live and grow nicely.

The Kuwait college of science and technology in collaboration with KSF Space foundation, developed their first CubeSat for climate change measures, the project was initially for the first time in Kuwait through the president of KCST Prof. Khalid Al Begain and the faculty members who demonstrated an outstanding achievement in building PCB components using KSF Space PCB Cubesat kit. 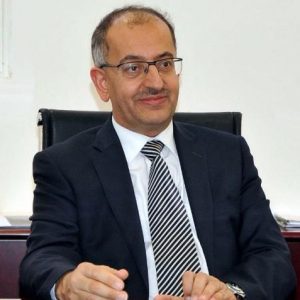 The satellites launched from UK by using a pressure space balloon. The aim of this mission is to understand the behavior of bacterial in low gravity regions, the mission led by KSF Space’s mission director Eng. Mohamed Rayyan was in charge of managing all necessaries technical needs to assure mission accomplished and Eng. Loai Arnous who was in charge of project management along with CTO KSF Space Jaya Kumar, Ph.D.  The cost-effective and efficient development of CubeSats by KSF Space foundation plays stimulating role in space industry. The research on space is always hot topic for science students. The KSF CubeSats technology enables young researchers to carry out the experiment and make their dreams true. 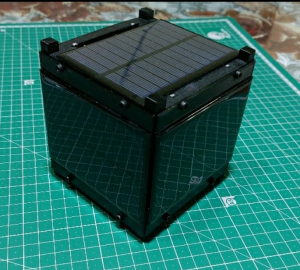 There are numerous organizations working on CubeSats services. Among the all, KSF Space Foundation provides the cheapest solution of nanosatellites. The organization helps the institutions and universities to complete their space research by providing the cost-effective CubeSat kit. Therefore, KSF Space Foundation has launched the “CubeSats Education Outreach Kit” for education sector, which enables them to carry out the space mission. The chairman of KSF Space foundation Dr. Kayyali said, “This education CubeSat kit, would allow universities and schools to develop small and rapid space mission with most affordable budget”

KSF Space Foundation has announced recently the JUPITER 1 sub-orbital rocket which is designed for testing payloads such as cubesats, next test flight scheduled in September 2022 from Utah, USA, in collaboration with Kansan University. JUPITER 1 will be able to reach 95.000 FT carrying up to 3 cubesat payload.  Check out more about JUPITER 1 and other service by visiting www.ksf.space .